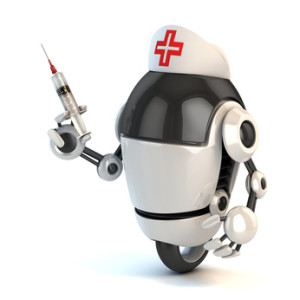 Where do you go when you are traveling and something goes wrong with your old body. Is it serious? Does your insurance cover you? Can you let it go until you get home? What if you don’t get help?

We have used urgent care in Smithtown, NY and Tucson, AZ; places where we didn’t have physicians.

We were in urgent care for one hour and 15 minutes which included check-in, filling out forms, having vitals taken, seeing a nurse practitioner, and a board-certified Emergency Room Physician. He examined my wife who had a rash on her face and a severe sore throat, diagnosed the problems, tested for strep, and prescribed the necessary  medications.

She has  Medicare and a private medigap plan. She was charged nothing; not even a co-pay. She may be charged later, but…

Everyone was pleasant, seemed concerned about our problems,  provided us with  a lot of information and fixed two problems that had been troubling her for a while. The strep test was negative. The doctor prescribed three medications for the face rash, but said to hold off on one for two weeks, as it had a high co-pay.

We received a printout of the diagnosis and treatment for our information and for her primary care physician in Albuquerque.

The place was clean, neat and professional. They did the strep test there. We were never kept waiting and felt good about the place and the people. They all listened to us.

A few years ago, I  hit  my head on a cabinet door that I was painting in Tucson. There was a bleeding gash in my forehead. I went to CVS pharmacy Minute Clinic, saw a nurse, was examined, told it wasn’t a serious problem and provided with an over the counter antiseptic. I went home and had no problems. I had been worried, with all the blood, but got the reassurance and treatment quickly and professionally.

In both cases, we were examined and treated by professionals. The treatments were quick, inexpensive and effective. My head is still ok and my wife’s rash which she had had for several weeks has cleared up. No problems.

The point is that at a certain age, a lot more things go wrong with your body. You don’t know how serious they are. You know something is going to kill you in the near future, but you just want to head it off for today; and, you don’t want to catch something new at the hospital in the meantime. If it is serious, you go to the emergency room or dial 911; but, for most things, where you primarily need reassurance that today is not “the day,” you just need someone to check you out; fix you;  call an ambulance; call a mortician; or, tell you to go home. That is what you get at urgent care.

I hate to sit in emergency rooms; have done it many times with parents, kids and spouses. It takes a long time, it is expensive even if medicare and/or insurance is paying for it; people feel rushed and they rightly take the life threatening cases first. They practice triage, and usually for old people it is just some part wearing out that you don’t think should wear out. Mostly, it is not life threatening. That puts you at the bottom of the list. What you really need is reassurance.

Did you ever try to get an appointment with your private care physician; not only might it take a week or two, but when you get there, you have to wait. Plus, many of them are shying away from medicare because of cost cutting.

You should try urgent care; they are everywhere. And worth it even if you have to pay out-of-pocket.

And, I wonder about where I fit in the triage scheme being over 70???

Atlantic  $2168 is the average cost of an emergency room visit.

Business Insider The average wait-time can be over four hours.

Stat Health; where my wife went in Smithtown, NY

Minute Clinic; where I wend for the cut on my forehead.