← FERAL CAT OF ORANGE COUNTY! Finding a feral cat in your bathroom
ELDER HINT # 1 – LIVE WELL AND HAVE SOMETHING TO HANG ON TO – Grab Bars →

FISHERWOMEN IN ICELAND; THE SEA WOMEN EXHIBIT AT THE VIKIN MUSEUM! 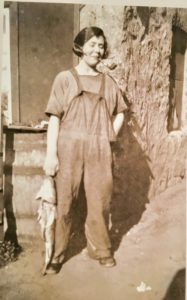 Iceland has had some basic equal rights for women, by law, since June 13, 1720. The Sea Women’s exhibit at the Maritime Museum in Reykjavik celebrates the role of fisherwomen, who received equal pay as fisherwomen from 1720 to today.

The exhibit at the Vikin Maritime Museum located on the waterfront in Reykjavik, a short walk from the center of town.

The Vikin Maritime Museum has permanent and changing exhibits dealing with Iceland’s fishing history. The For Cod’s Sake exhibit traces Iceland’s fight with Great Britain over territorial waters; resulting in a win for Iceland and the extension of the territorial limit to 200 miles. The net result was that numerous British and Scottish long distance fishing companies went out of business.

This exhibit will lead you to other sites reflecting women’s rights in Iceland, a pioneer in the recognition of women’s equality.

The museum is open daily from 10 to 5 and is free if you are over 67; like many museums in Iceland.