INDONESIAN RICE TABLE (RIJSTTAFEL) – a treat from Amsterdam in Philadelphia??

In August 2019 while visiting relatives in Philadelphia, we ate at Sky Cafe, an Indonesian restaurant that featured a rice table, known in Amsterdam as rijsttafel.

There are several Indonesian restaurants in Philadelphia; but, none in Albuquerque or Tucson. Sky Cafe is authentic, small, and except for us everyone appeared to be Indonesian. It was crowded at 6:00 and we had to sit in the hall for 20 minutes until a table was ready. Sky Cafe was down a hall in an ethnic shopping center. It was full of uncrated furniture. The sign on the door said Sky was expanding.

There is an extensive menu, but only one “rice table (rijsttafel)” for $17.

The liquor laws in Pennsylvania are BYOB (bring your own bottle) for restaurants, so we took two bottles of wine. Sky Cafe provides glasses and cork screws. There is no corkage fee.

This part of Philadelphia is out of our comfort zone, but it was not problem. An ethnic neighborhood, with a safe and local feel.

We used LYFT and when we left the restaurant, our Lyft showed up in minutes, but we did not recognize it because a cop had pulled him over for a broken tail light, which did not result in a ticket. When we got the message that “your car is here,” we discovered it was the car the cop had stopped in front of us. A story to tell.

The trip back was without incident. He told us he was about to attend the police academy in New Jersey to become a police officer. Most Lyft drivers have an interesting story to tell.

For more information on rice tables in Amsterdam search Rijsttafel on Wikipedia, which has a bunch of pictures and a list of items in a typical Rijsttafel.

Maybe  you want to prepare your own rice table (Rijsttafel) with a cookbook from Amazon. 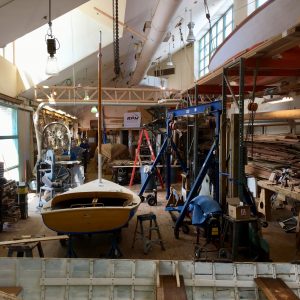