“SENIOR BUTTON” FOR THE GEEZER’S COMPUTER

I need a large “senior button” on my computer keyboard to take it into senior mode.

Pressing the button would disable everything I didn’t need including, without limitation, ads, spam, e-mails and anything except what I had specifically included.

The senior button has to be large, clearly marked and perhaps even a toggle switch or a button like the illustration that signals a bus driver that an old person wants off. I need to signal the computer that it needs to stop and let me off.

Pressing the senior button will disengage all the software and hardware, except for the following which would be in large print:

When the button was pressed a second time, it would re-enable the computer so that my grandkids could fix things.

This would be simple.

Think about it. old people suffer from too much, not too little; and not just in computers. Think about the world you occupy. There are too many choices that require too much time to learn.

TIME FOR THE GEEZER’S SHOT!

I have been reading a lot about robots and old people lately. We have a surplus of old people and a shortage of caregivers.  Is a robot caregiver the answer? At 75 future care is a constant thought; for me and for my friends. I thought about a robot in my future  over coffee on Tuesday morning. Like most of my thoughts, these are irreverent.

The above are just the thoughts of an old man who might be a perfect candidate for a robot caregiver. Most people don’t realize that they are old until suddenly they reach the “tipping point” at which time, they are there.

At least, I have a number of ideas for future blogs. So, stay tuned.

Maybe I should just go with a therapeutic robot from Parorobots.com to pet:

A comfort robot instead of a comfort dog for the elderly in Japan??

TEN THINGS TO OUTSOURCE WHEN YOU ARE OVER 75!

At 75, the geezer found a task he should outsource. –

Outsource is a business term whereby certain activities are contracted out to other businesses or individuals. The reason is that the task can be done cheaper, safer or better by another and it allows the outsourcer  to focus on its primary task.

This can be applied to old age.  At 75, due to physical and mental problems, it may be cheaper, better and safer to have certain tasks outsourced. It may even turn out to be life-saving if you decide to climb a ladder and clean the leaves out of the gutters instead of hiring it done.

The most important part of outsourcing is KISS. (Keep it simple, stupid.)

Outsourcing is all the rage; but mostly has been defined as sending out work to reduce costs. If you are old you should outsource. The reason is to cut costs, but not just in monetary terms, but also in terms of health and wellbeing. You can’t afford to fall; fail to file taxes; or, miss important deadlines.

You have already outsourced. You didn’t do the surgery to implant your pacemaker, you outsourced the job to a surgeon. When you were younger you could do more things for yourself. It was no problem to climb up on the roof on an old ladder and  lean over to get the leaves out of the gutter; but, at 73, NO! You can’t afford a fall. It will cost a lot and may be the beginning of the end.

What should you outsource?  It depends on the individual, but you should consider the following:

Who should you outsource to:

At what point do you outsource? Sooner rather than later.

What if you don’t outsource?

The biggest problem is that you think that you are still  competent.  You haven’t taken a long hard look in the mirror lately. And, you can be stubborn and obnoxious. The  result is that you think you can do something that you can’t. 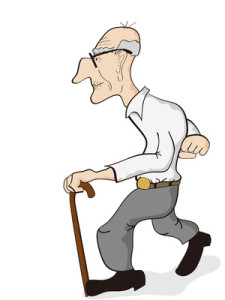